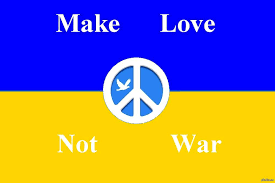 ADDITIONAL EDUCATION
1986 - ICCROM Wood Conservation Course in Trondheim (Norway)
1988 - ICCROM Documentation Center in Rome. Collected materials on methods of structural reinforcement of historical structures
2010, 2013 - Training at the Courses at the Restoration Institute.
PROFESIONAL HISTORY
2018 – till now Director of Private Conservation Consultancy.
2015 – till now lecturer on structural reinforcement of historical buildings at Moscow Architectural Institute
2012 –2020 – Consultant for structural conservation and restoration of historic buildings for Moscow  Bakhrushin State Central Theatre Museum and its numerous braches.. In charge of technical assessment of various historic building, belonging to the museum and its branches, making plans for their restoration and rehabilitation and on-site monitoring of restoration works.
2001 - 2012 - Chief engineer of the projects in Central Restoration Bureau (www.cnrpm.ru).
1999 - 2001 - Chief engineer in private restoration bureau "SIMARGL" and regular consultations for Central Restoration Bureau and For Heritage Department Of The Moscow Region Committee
1995-1999 - Chief engineer in Heritage Department Of The Moscow Region Committee For Culture.
1993-1995         Chief engineer in a private architectural restoration bureau.
1990-1993         Senior research worker in the survey department of the Institute for Reconstruction Of Historical Towns under State Committee For Architecture And Town Planning. Responsible for on-site survey and diagnostics of monuments in the historical towns (Moscow, Pskov, Novgorod)
1989-1990         Leading expert in the Department for protection and usage of historical monuments in the USSR Ministry for culture. Responsible for evaluation of technical condition of historical monuments, reviews of conservation and restoration projects, consultations on methods of conservation.
1980-1989 Leading engineer in the Research and project bureau in V/O "Sojuzrestavracija" under USSR Ministry for culture. In charge of survey, projecting and on-site monitoring of restoration works on various historical monuments of 17-19 c. In Russia (Moscow, Kalinin, Vologda, Smolensk, Archangelsk and other regions)
1975-1980 Senior engineer at the Project department in the "Hydromechanizatsija" trust under USSR Ministry of Energy. Taking part in projecting dams and canals for the purpose of energetics.
ADDITIONAL DATA
In 1988-1989 I conducted research on methods of strengthening and conservation of structures in historical monuments. For additional information visited ICCROM headquarters in Rome (Italy). In 1985-1996 took part in archeological excavations on the ancient Greek colony Gorgippia on the North coast of the Black sea and in the Nimfey archaeology camp in 2013. In 2002 took part in the APT conference in Toronto with a report on the emergency conservation at the Resurrection New Jerusalem monastery in Russia. The report was published in APT bulletin Vol. XXXIV, No. 1 2003 http://www.ivanstrel.ru/n-j-text/apt-photocopy . In 2003 was nominated as an Engineer restorer of the highest category at the Ministry of Culture of Russian Federation and in 2015 as a Certified expert for the historical and cultural expertise of historic buildings. In 2004-2006 took part in conservation works at Izborsk fortress in Pskov region together with Global Heritage Fund (GHF http://www.globalheritagefund.org )
Took part in numerous conferences throughout Russia with reports on professional activity. Also made talks at the APT conference in Toronto 2002 and SAH conference in Los Angeles Ca. in 2016.
Took part in presentation of CNRPM at International Exhibition on Restoration "Restauro 2008" at Ferrara, Italy.
Lecturer for students and at the refresher courses for restorers at the Restoration Art Institute in Moscow from 2011 till now.
Have numerous Letters of thanks from different clients for whom I had worked.
My knowledge of English is sufficient for professional communication. Proficient with several computer programs.
Personal: I have a wife and two sons, 6 and 8 years old.
© Все права защищены. 2022
ИП Стрельбицкий И.Г.
ivanstrel@gmail.com